Rising out of the ashes of Eustace Crescent, new tenants celebrated Christmas at the new affordable housing development in Wokingham

A jolly time was had by all at the new Phoenix Avenue development’s Christmas gathering on Tuesday 12th December. Tenants were joined by staff and the Chairs of Wokingham Borough Council’s housing companies, Wokingham Housing (WHL), the development company, and Berry Brook Homes as the owner and landlord of the homes.

The celebration got off to a musical start with carols and Christmas songs from the CLASP Community Choir, while Father Christmas brought Christmas cheer to the delight of the children alongside face painters, food and drink.

Simone Neil, one of the new tenants who lives with her two young children, said her son was so excited to see Father Christmas and have a hot chocolate with him!

“It was so wonderful to receive the invitation to the Christmas party and adds to the friendly atmosphere at Phoenix – I have some really lovely neighbours,” she added.

Simone further commented that she was very lucky to have got one of the flats and the whole process took less than three months and was completely stress free.

Berry Brook Homes is proud to be able to provide homes to a range of people on the Council’s Housing Register, from single parents who had formerly been living in shared or temporary housing, to young parents with new-born children who were on the brink of joining the homeless register. Single people and couples without children have also been housed and are overjoyed this Christmas to have a warm and comfortable new affordable home to live in.

“Christmas is traditionally a time of love, joy and giving and we are delighted that we have been able to house these new tenants. WHL was created to meet some of the significant demand for social and affordable housing in the Borough and it is wonderful to see this become a reality at our flagship scheme” commented Bill Flood, Managing Director of WHL.

“The atmosphere at the party was magical and seeing the joy on everyone’s faces was priceless,” commented David Chopping, the Chair of Berry Brook Homes.

The development is one of the first of its kind, commissioned by Wokingham Borough Council and built by Council-owned housing developer WHL on behalf of Berry Brook Homes, also a Council-owned company that manages affordable housing. The new Phoenix Avenue development, a £13.5m scheme of 68 affordable homes for rent, built on the former dilapidated Eustace Crescent site in the heart of Wokingham, welcomed its first new tenants in May, when the Worshipful Mayor of Wokingham Borough Cllr Rob Stanton and Berry Brook Homes Chair, David Chopping were present to handover keys to happy new residents. 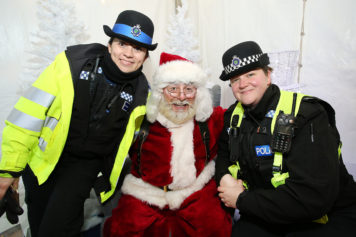 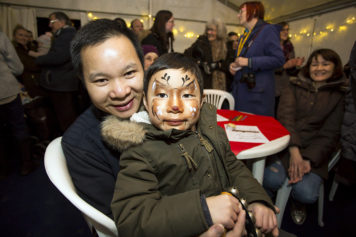 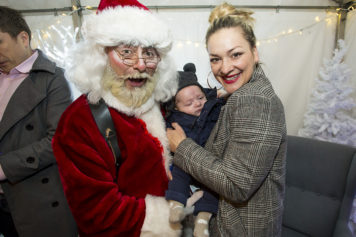